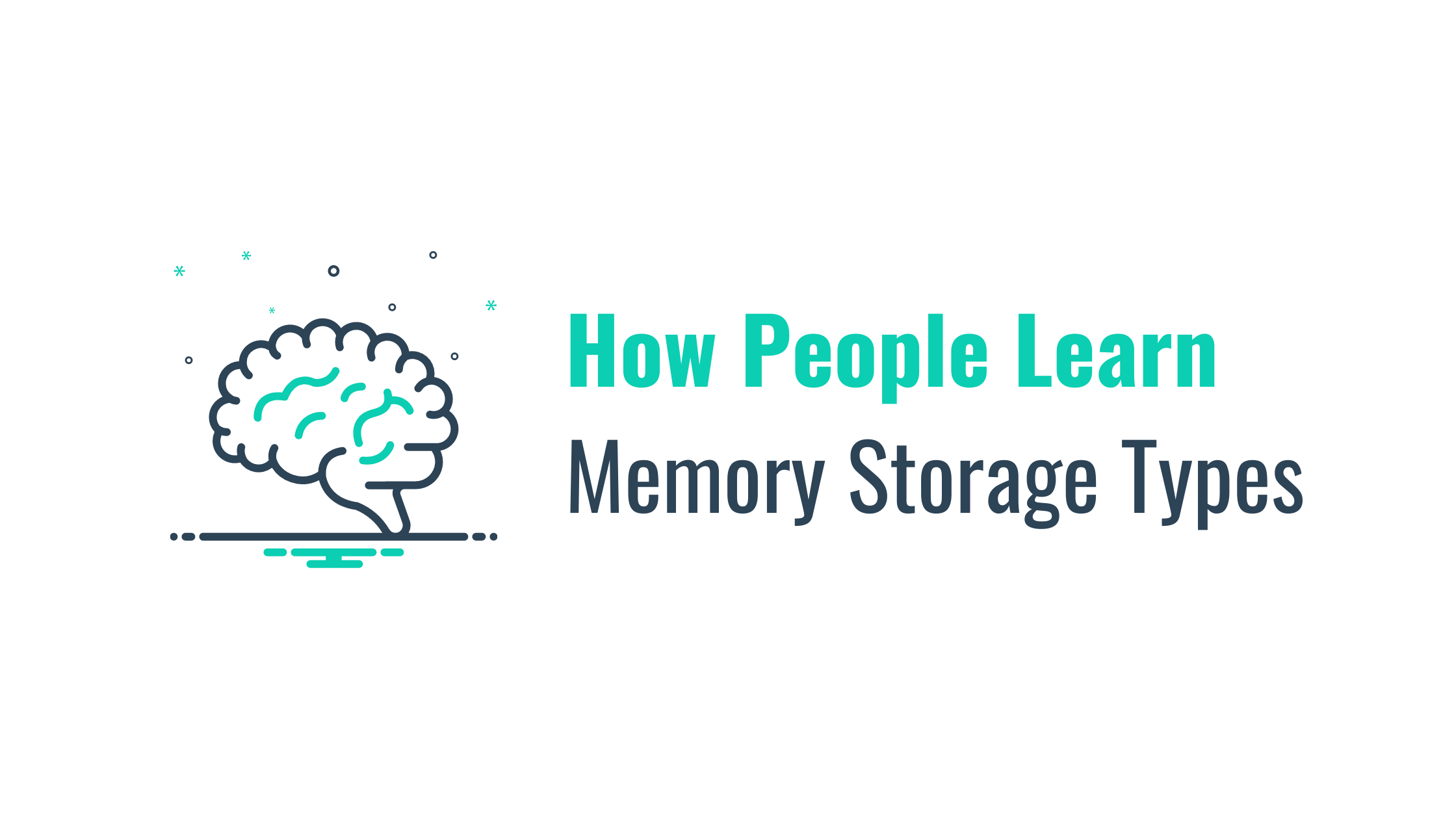 Human memory is captivating. Take a moment to dive into your oldest recollections and evoke any memory related to the following:

As mentioned in How People Learn — The Brain Basics, memories are well established neural patterns that get activated simultaneously. These circuits encode our memories, abilities, behaviors, knowledge, literally everything.

Interestingly, though, there are different types of memory storage, and in this article, I’d like to describe what those are.

Nature did a fascinating job in designing life (and us). We don’t even think about how we form memories, and, incidentally, we don’t yet fully understand this process. What we do know is that there are several stages the information from the outer world has to pass through until it becomes part of our long-lasting memories.

A note of caution before we proceed: human memory is an active area of research that still has many unknowns, and there are many models and theories about some aspects of it. As we do not yet fully understand the internal workings of the brain, scientists have to rely on some simplifications and approximation models to explain how we receive, process, and perceive information. If you have heard about a different model or disagree with the models presented here, I kindly invite you to discuss it in the comments!

Sensory memory is the first place where sensory information gets deposited for further use. Data from human senses is stored here in a relatively unprocessed form for a brief period.

It is considered that Sensory memory is outside of cognitive control. It is the first step in the perception of the environment around us. As mentioned in how we see a pixelated version of the world, information quality degrades as it moves from our senses to the central executive system. Sensory memory is the first frontier toward ingesting and making sense of data, and at this point, the information is of very high quality.

However, storing such detailed information comes at a price. It is incredibly volatile, as it fades away quickly. The availability differs between senses, though:

STM is a very ambiguous term that supposedly originated at the beginning of the twentieth century. It is often used interchangeably with Working Memory, which I will also use here. Other usages relate to simply holding the information (in contrast to storing and processing it, as Working Memory does) over a short period. But as you will see below, one Working Memory model encompasses some components that fit the description of an STM store. Therefore, whenever you see in the literature STM, it most probably is the Working Memory, which is a more recent term that better fits the description of cognitive processes related to information processing and storage.

Once the information from the outer world reaches our senses and is stored in the sensory memory, some of it requires conscious processing and manipulation, and the Working Memory is the place where that happens. The nature of working memory is still under active debate, as many models have been proposed to explain its essence. However, only two of them are the most influential:

According to Baddeley, the WM consists of several components. The Central Executive component coordinates attention and cognitive processes, suppresses irrelevant information and actions, and switches between various tasks. It also is responsible for coordinating the subordinate systems (Phonological Loop and Visuo-Spatial Scratchpad).

The Visuo-Spatial Sketchpad (VSS) is a similar structure to PL but for visual and spatial information. It connects with the visual sensory memory store but, at the same time, can be used to construct and manipulate images and represent mental maps. If I ask you to imagine an oak tree on a green field on a sunny day, you will engage the VSS to perform that action.

The original model was proposed in 1974 and consisted only of these three components, but in 2000, Baddeley extended the model by adding a fourth one, the Episodic Buffer (EP). Its addition was to address some concerns regarding the flexibility of the model. The EP is supposed to hold representations that integrate phonological, visual, and spatial information and information not covered by the subordinate systems (e.g., semantic, musical, categorical information). It is episodic because it is assumed to bind information into a unitary episodic representation.

This model does a good job portraying the inner processes of the Working Memory. However, it is not exhaustive. For example, it does not provide a representation for tactile sensory information.4

Contrary to the multicomponent modal, Anders Ericsson and Walter Kintsch have introduced the notion of “long-term working memory,” which they define as a set of “retrieval structures” in long-term memory that enables seamless access to the information relevant for everyday tasks.5

According to this model, the Working Memory is not a separate system but rather a mechanism to activate and operate on parts of the long-term memory. The activated long-term memory representations can then be brought to our awareness through the focus of attention.

Finally, LTM is the memory storage that holds all our memories, old and new, implicit, and explicit. The most common analogy is that the LTM is like a hard-disk: you write information to it, and it is stored there. It is the warehouse of all the things we have read, heard, saw, and experienced.

As mentioned earlier, there are still many unknowns, both at the level of each store type as well as at their joints. But the information we know already gives us a possibility to improve our productivity and the way we learn. In the next articles, I will dive deeper into some of these stores and show you what causes poor performance and what to do about it.