We Don't See The World As It Is, We See A Pixelated Version Of It

While doing some research for How To Define Team Processes, I stumbled upon an interesting paper from Marcus E. Raichle1 in which he states the following:

It might surprise some to learn that visual information is significantly degraded as it passes from the eye to the visual cortex. Thus, of the unlimited information available from the environment, only about 10^10 bits/sec (ten to the power ten) are deposited in the retina. Because of a limited number of axons in the optic nerves (approximately 1 million axons in each) only~6x10^6 bits/sec leave the retina and only 10^4 make it to layer IV of V1. These data clearly leave the impression that visual cortex receives an impoverished representation of the world.

Now, that is quite shocking.

The Sight sense has the highest throughput and around half of the human brain is devoted directly or indirectly to vision2. But as it turns out, we are missing out a lot. Out of 10,000,000,000 bits that hit our eyes every second, only 10,000 bits make it to the “processing” areas of our brain. That’s just a millionth fraction.

It turns out that we are seeing a heavily pixelated version of the reality.

To get a better understanding of that, below you can find two images of an owl. The resolution of the top version is “just” 100 times smaller (vs 1,000,000 that is mentioned in the paper), but even with 100 the difference is significant:

The world looks so high-res to us, but if it is more like the first image above, imagine the true and absolute beauty of the real world that we will never be able to admire. 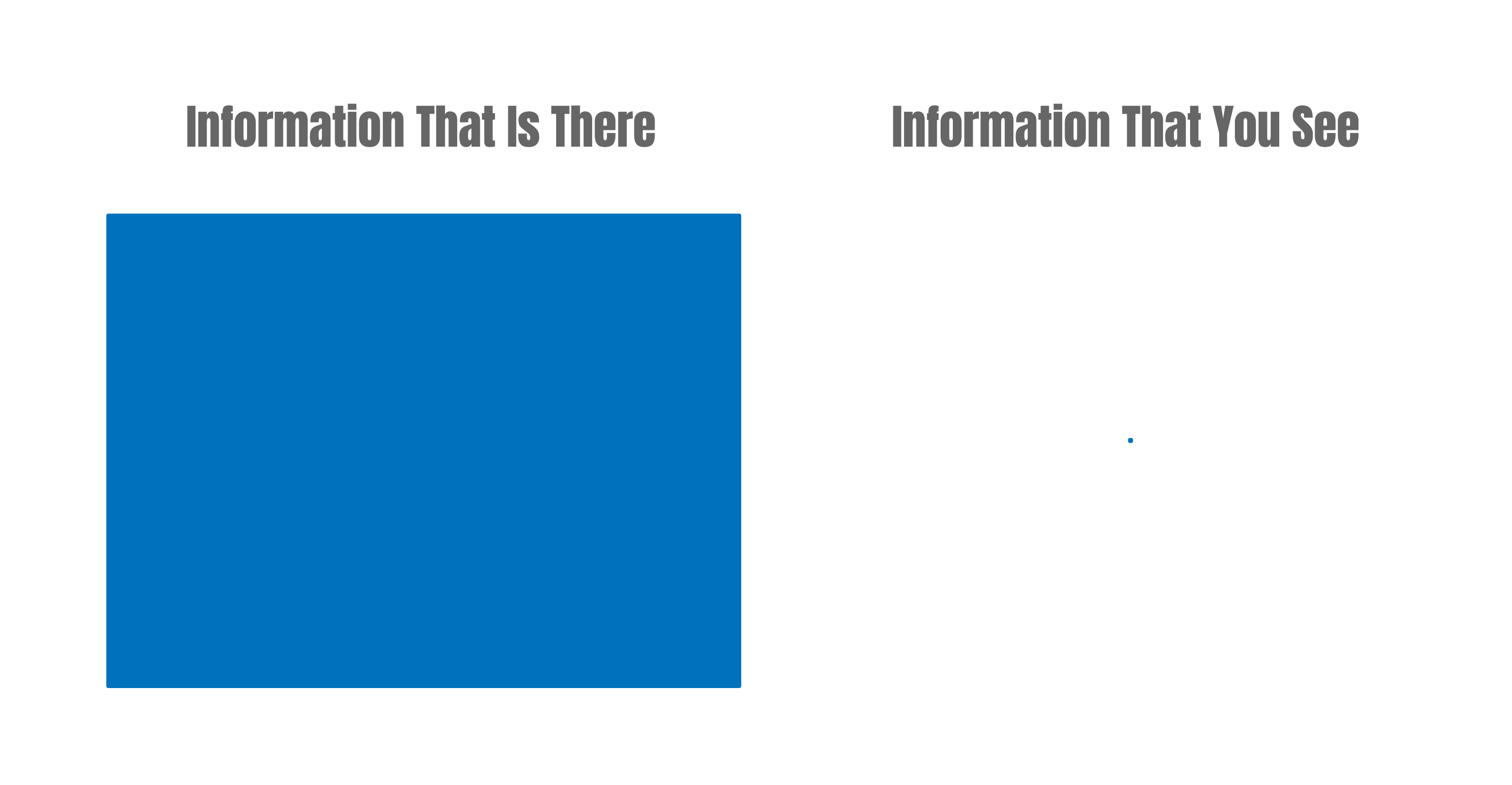 Therefore, we live in a world that is constructed by our brains based on impoverished data it is able to get from its surroundings.

The good news is that even if we cannot fully experience the world around us, we can learn about it and explore it further, pushing the limits of our understanding of the universe. Because even though the brain has five channels through which it gets information from the environment, it has unlimited potential to interpret, combine and explore scientific concepts.