We Underestimate The Importance Of Small Things

Small tasks are often mundane, insignificant, and dull. We spend the biggest part of our time doing them and wish we could have more time to spend on some big and important things.

But what we frequently fail to realize is how vital such small things are, their potential to influence our lives, and that the big and important things are like jigsaw puzzles made of many tiny pieces. To build the whole picture that you can later look at and feel great about, you have to organize and combine many small parts that, when put together, create something visually stunning. Moreover, sometimes minor events serve as triggers to the most impactful effects that happen to us.

The only difference from a jigsaw puzzle is that life’s events are not interlocking pieces, and rarely do you precisely know the outcome. In some cases, you can create some expectations on the result, but it is entirely unknown for the others.

A Snowflake Can Cause An Avalanche

The most massive, overarching, and impactful events are sometimes triggered by something infinitesimally small. Just look at this comic by Abstruse Goose:

Although it might be a bit exaggerated and despite the fact that there is no evidence an apple actually hit Newton on the head,1 it demonstrates that:

You might also have heard about the Butterfly Effect, which, in chaos theory, has a more scientific name of “sensitive dependence on initial conditions." It states that small changes in the initial conditions can create significantly different outcomes in some systems. The “Butterfly Effect” term is derived from the metaphorical example that a tornado is caused by flaps of the wings of a butterfly on the other side of the globe.

Another notable example is Kyle MacDonald, who bartered his way from a single red paper clip to a house in a series of fourteen online trades over a year.2

Finally, the COVID-19, a global pandemic that has affected almost all countries and over 17 million people, most probably has started from a single person (the so-called patient zero).

Life Is A Series Of Choices You Make Every Day

It is not only the immense potential to trigger chain reactions that lead to stories with an enormous impact that characterizes small events.

Another property of little things is that they have a compounding effect. The more things you do, the larger the compounding impact gets. Eventually, it becomes visible.

As mentioned in the imperceptible nature of everyday change, we very rarely perceive how we have changed during a single day.

But the reality is that all of those things count. Every little thing counts and every little thing is important. The small events and efforts in our life are the backbone of the bigger things: our lifestyle, career, health, happiness. 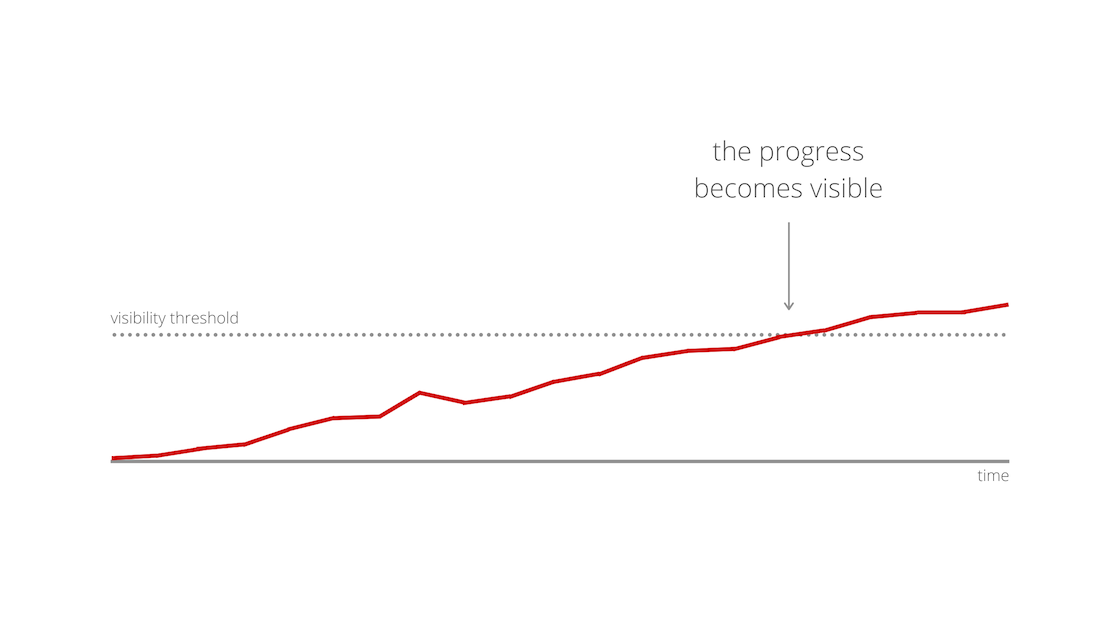 It is when you continue to go to the gym, eat healthily, study more, that you start seeing the effects. That’s because the cumulative impact got big enough for us to spot it. Take a moment to look back at your greatest achievements in life, and think about how long you have been working to achieve those—how many small and dull things you have completed to realize your grand objective. And consider whether you would accomplish your goals without doing all those tiny things.

Your Impact On The World Is Significant

Having said all that, it is clear why some people excuse themselves from making good things “because it won’t make a difference." It is because the impact of their actions is so small it doesn’t reach the visibility threshold, so it seems worthless. But it doesn’t mean there is no impact at all. Like a drop of water in an empty cup—it is no big deal, but pour 1000 more such droplets, and you can quench someone’s thirst.

Each action we do has a tremendous potential to change our lives, the lives of people around us and the world we live in. And whenever you think you are too insignificant to make an impact on the world, remember that sometimes it takes only a single molecule to change the course of history.